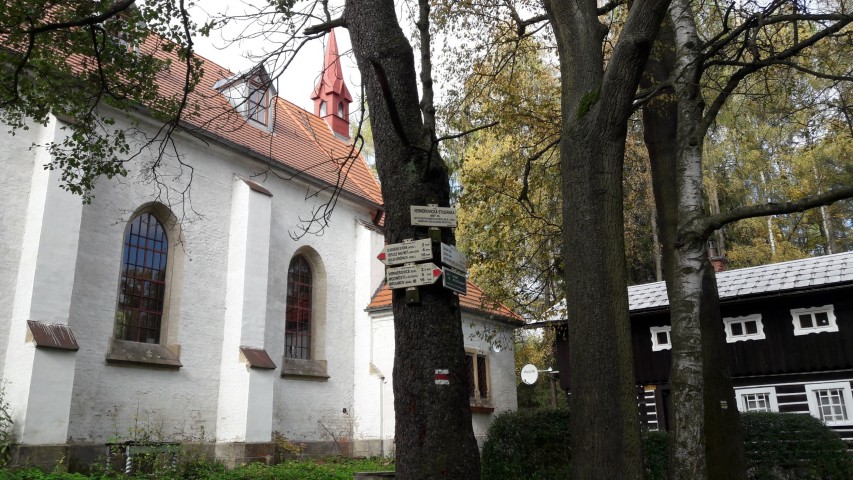 At the beginning of the millennium a Dutch couple, Hans and Marjolijn, discovered a church ruin hidden in a remote corner of eastern Bohemia on the Czech-Polish border. They were looking for a secluded place to play loud music and a quiet place to relax and practice yoga. After many years of self-help renovations, the original 19th-century German church is now being used as a multifunctional building, hosting concerts and theatre performances, and the owners spend their summer holidays here. Thanks to the cooperation with another enthusiast, the music promoter Petr Osoba, or Osobič, this formerly Sudeten church has become one of the main venues ing the domestic alternative music scene. Its operation is based strictly on a DIY principle.