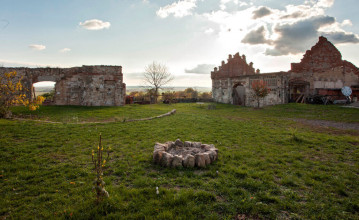 The Farmstudio cultural center occupies the spaces of a former farm from the early 19th century in the township of Vysoká na Kokořínsku. 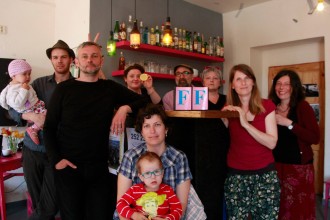 The Ferenc Futurist Neighborhood Club was founded in 2011 at the initiative of a group of friends in Černošice who wanted to create a space for viewing art, and for supporting the overlapping spheres between the capital city and the local community.

The Gallery of St. Havel was founded in 2017 by the parish community of the Evangelical Church of Czech Brethren with the intent to create an independent cultural space and to expand the local cultural production in a city which is otherwise dominated by the automobile industry. 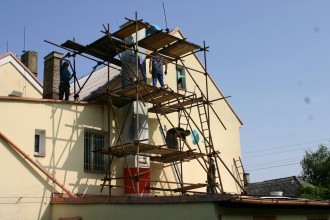 The Old School (Stará Škola) initiative comes directly from the natural needs of the local residents, and is built on the principle of volunteer work and community planning. The association has managed to repair the decrepit structure of a local school and successfully operate it for five years. 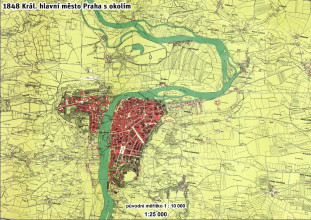 Demographic, societal and socioeconomic changes in the last 160 years have affected the numbers of local inhabitants according to the specific size categories of each specific settlement very unevenly, especially in the peripheral regions. 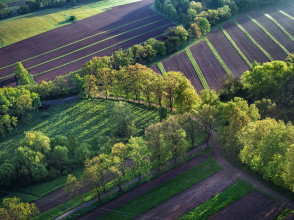 For a long time, the land has been overlooked because it generates only a small part of GDP, and less than 2% of people work in agriculture. In fact, history shows us that land is a social force and its scarcity or degradation has been the cause of migrations of peoples, tribal conflicts and wars, including World War II.

The Importance of Green Infrastructure in the City

Human cultures are shaped by local ecosystems, and humans are intensively altering the environment, resulting in a dramatic decline in natural and cultural capital. Socio-ecological systems are increasingly vulnerable due to disruption of food resources, natural and cultural traditions.

Prepared in collaboration with
Jan Freiberg

The Central Bohemian Region is the largest and most populated region of Bohemia. The increasing number of inhabitants is due to the displacement of people from other parts of the country as well as suburbanization. This is connected to a number of problems connected to the quality of the environment, problematic construction projects, the region’s ecological instability, and the pollution of air, water, soil and other environmental commons.

The central region of Bohemia consists of the Bohemian Massif and is one of the oldest areas of the European mainland. The region is notable for its landscape diversity. Towards the south and south-west, the largely flat northern reaches of the Elbe river changes into hilly terrain. The most notable natural area is the biospheric natural reserve of Křivoklátsko, which is being considered for gaining status of a national park. Other notable places are the Kokořínsko natural reserve, the Czech Karst, Czech Paradise and Blaník. Brdy, Hřebeny and Džbán are also areas notable for their natural beauty.

In the past, the region included much heavy industry (mostly the areas of Kladno and Příbram). Over the past few years, this sector has undergone notable changes and many of the industrial enterprises have closed down. The proximity of the Central Bohemian Region to the capital of Prague has significant impact on its economic situation. Despite its historical and cultural specifics, it is still often considered as the periphery of Prague. This, along with the absence of a separate regional capital which would serve as the administrative center, constitutes a limiting factor in the region’s further development. The Central Bohemian region has been a significant work force pool for Prague, simultaneously providing the necessary industry, food and recreation. Central Bohemia is the most urbanized and industrialized part of Czechia.

The air quality in the region has for a long time been determined by its industry, dense communications networks and settlement. The residents often employ local heating methods, and the immission limits are regularly breached. The most emissions come from the main thoroughfares leading to Prague, but the current situation is also determined by meteorological conditions. Another problem is the sound pollution as a result of the high level of road, rail and air traffic.

Agricultural land is mostly tended by conventional farming methods and, in comparison to other regions, ecological approaches to farming are rather rare.

The education index is nhigher in areas around Prague. It is lowest around the towns of Slaný, Sedlčany and Votice. There are no state universities in the Central Bohemian Region. The intensity of cultural life is lowest in the areas of Votice, Hořovice, Český Brod, and around Nerativice and Lysá nad Labem. The Central Bohemian region is generally close to Prague, which has its advantages (the proximity of the cultural center) as well as disadvantages (attention is mostly focused on the metropolis).

In comparison to other regions, there are many museums, galleries and other cultural institutions. The Central Bohemian region has nineteen contributory organizations, which is the most of all the regions after Prague. There is the Lidická galerie which operates under the auspices of the Lidice Memorial (a state-funded organization), and the Central Bohemian Gallery in Kutná hora (GASK) which focuses on modern and contemporary art. The galleries operated by county cities mostly focus on regional artists (Beroun, Mělník). The Galerie Františka Drtikola in Příbram has also become established beyond its regional scope, as is the Dům sester Válových in Kladno. The Museum of Arts and Design in Benešov has a notable project to renovate the local memorial as well as the museum’s exhibition spaces. The Union of the Visual Artists of the Czech Republic is also very active in the region; drawing on the region’s artistic tradition, it tries to develop artistic activity and, since 2003, the Union has been regularly exhibiting in the Rabasova galerie in Rakovník (which is also a contributory organization working under regional auspices).