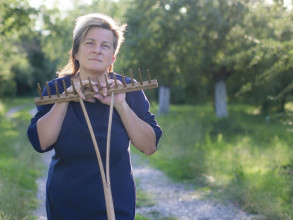 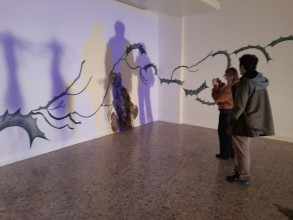 Gallery of the City of Blansko

The Blansko City Gallery was founded atop an earlier foundation in the 1990s, but its activities have attracted wider attention only in the 2010s, when the curatorial team began to work here.

The Art for Znojmo association was founded in 2012 and, as the name suggests, its aim is to bring contemporary art to the South Moravian town. 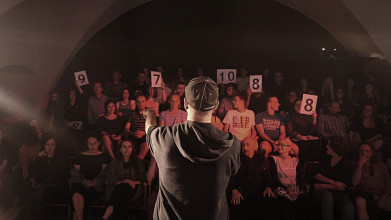 The branch association of Unijazz in Boskovice was established in 2019, along with the cultural and community centre Prostor in the building of the Panský dvůr. 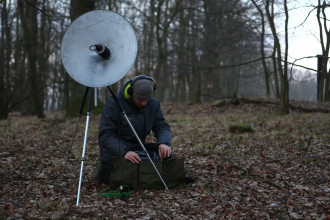 Tomáš Šenkyřík came from the field of music, but today he often moves in interdisciplinary circles, which is especially true for his field recordings of the sounds of natural and landscape environments. 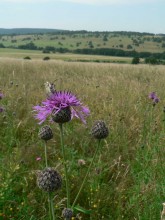 The Meadows of the White Carpathians

Only some meadows occur naturally in the landscape, without human intervention. These treeless woodlands are only found where unfavourable conditions prevent the growth of trees. 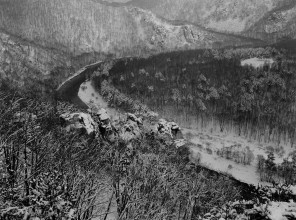 The Moravian Amazon and eDNA

Although ecologically, politically and economically tinged debates continue on this topic, two more national parks could be created in the Czech Republic in the near future.

What's Climate Change When We Don’t Have Enough People for a Game of Bridge!

Current Environmental Challenges from the Perspective of Small Municipalities

More than a quarter of the people in the Czech Republic live in municipalities with fewer than a thousand inhabitants. They feel the impacts of climate change such as drought, torrential rains, soil erosion, forest degradation, and the rising cost of living associated with the energy crisis.

Gravel is still an irreplaceable natural material in the construction industry, especially in high-rise and road construction. However, gravel resources are dwindling and several regions are experiencing shortages that will affect them in the future, the hardest-hit being the Zlín region. The company České štěrkopísky, s.r.o. has obtained a mining permit near Uherský Ostroh on the border between the regions of Zlín and South Moravia. The decision has been the subject of a dispute for several years, with complex arguments and opinions concerning the reasons in favour of mining on the one hand and the protection of drinking water sources on the other. Twenty municipalities have appealed against the mining, as well as the association For Water for People.

Sound map focusing on the documentation of soundscapes of South Moravia.

Prepared in collaboration with
Ondřej Navrátil

The region of South Moravia stretches throughout south and southwest Moravia, its counties including Blansko, Brno-město, Brno-venkov, Hodonín, Vyškov, and Znojmo. Its southeastern part borders Austria and Slovakia. The regional capital is Brno, which is an important train and communications hub with good connections to Prague and Olomouc, as well as to Bratislava and Vienna. The Czech-Moravian Highlands and the Moravian Karst form the region’s west and northwest; the Carpathians lie to the east, and to the south is the Podyjí and Pálava. The region is one of the most populous in Czechi, and Brno is the largest regional capital after Prague. It is a significant center whose influence in the sphere of culture, as well as environmental, civic and other initiatives, transcends regional borders. Brno is home to many important cultural and educational institutions — in the fine arts, there is the Moravian Gallery, the Brno House of Arts, the Fine Arts Faculty of the Technical University, the Janáček Academy of Music and Performing Arts, among others. Private and independent galleries and initiatives provide a certain counterweight to these classical institutions — the Fait Gallery, Industra, OFF/FORMAT, Terén, Vašulka Kitchen Brno, in addition to others. The Nadace Veronica, Nesehnutí and Hnutí Duha cultivate environmental and social spheres.

Brno also plays a major role in the region as a whole, where smaller towns usually offer museum and gallery institutions of local significance. The afore-mentioned Galerie Města Blanska, which has even become well known outside the region, despite working from a town with weak cultural tendencies. Some cities also hold festivals, summer schools, artistic symposia, and the like; Boskovice’s music-literary-artistic Festival pro židovskou čtvrť comes to mind. As part of our survey, respondents repeatedly indicated that recent years have brought increased demand for richer cultural production which expand the range of the locally popular though commercially oriented programs (Boskovice, Znojmo, Blansko). This goes hand in hand with initiatives which aim to create spaces for more alternative culture, and also develop community activities and improve the quality of shared public space (Prostor in Boskovice, Umění do Znojma and its GaP project, ČSOP in Kyjov). One of the reasons for this shift can be found in the displacement of Brno’s working people into the areas surrounding the wider metropolis, the coming of age of the next generation, as well as shifts in political representation.

One of the environmental topics which has gained wider traction is global warming and the resulting drying-out and degradation of the soil. The conservation (or lack thereof) of the “Moravian Amazon” at Soutok, and Brno’s zoning plans, which presume the liquidation of the gardening colonies in the city center. Barbora Lungová has worked in the sphere of ecology for a long time and, apart from leading various cultural activities, she herself has often initiated caretaking projects of select natural localities around Kyjov. The artist Tomáš Šenkyřík has been working in acoustic ecology, identifying environmental problems through an acoustic approach. Kateřina Šedá has worked on community projects both in and outside Brno, and the Nadace Veronika and the Jihomoravská komunitní nadace have worked with artist Sonya Darrow. There are also numerous other artists who have initiated various civic projects (Jan Karpíšek, Hynek Skoták, et al.) and occasional interventions (Global Genocide Inc. at the Moravský Písek gravel pits).

South Moravia is not a region known for its massive ecological or social problems, and the cultural happenings of its rural areas is most often connected with traditional folklore. Despite this, or perhaps due thereto, there is much open space for initiatives and individuals who connect contemporary art with cultivating the quality of the shared living space.