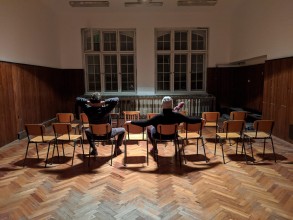 Jablečné lázně used to be a space in Jablonec and Nisou, but in early 2020, the organizers of the ArtproProstor association received a court order to shut down due to the poor condition of the building. 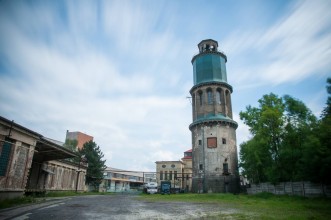 Zauhlovačka is a coal and water tower designed by architect Leopold Bauer in the early 20th century, and it has a long history as a precious cultural artifact.

Kino Varšava is the oldest cinema in Liberec, and yet at the same time it is quite new. The space is stunning from first entering to the moment you are seated before screen. 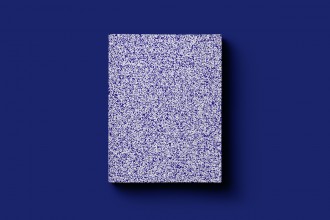 Jizerské ticho is a blog and a city guide to Liberec which aims to draw attention to people who have been active in the region. 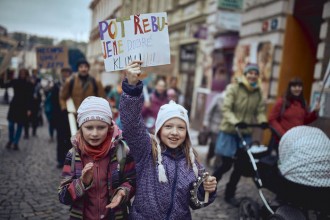 Rodiče za klima Liberec is an association whose goals include lobbying with various politicians, mostly at the regional and governmental level, to truthfully inform people about the seriousness of the climate crisis and its probable future impacts, and move them to do something about it. 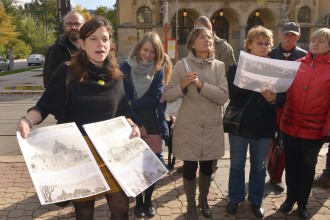 “If we were looking for a symbolic name for the historical core of Liberec, it would be the word palimpsest — a city that, like a page from a medieval manuscript, is repeatedly and radically rewritten and reshaped, mainly depending on industry, economy and politics.”

The Cornerstone of a Coal-free Future

The post-war development of the former socialist countries of Central and Eastern Europe was shaped by the industrial exploitation of coal. Despite the social and economic transformation, Poland, Germany and the Czech Republic still produce the majority of coal in the EU today.

The Liberec region is a region in northern Bohemia which is very rich in natural resources. It includes the oldest national park – the Krkonoše National Park, as well as the Czech Paradise, the oldest natural reserve in Czechia. It further includes Kokořínsko, the Lusatian Mountains, the Bohemian Highlands and Jizera Mountains, as well as dozens of natural reserves and landmarks. It is the most forested and also the most populated region, yet constitutes only 4% of the area of the entire Czech Republic. It neighbors Saxony in the north-west and Poland in the north-east. Traditional industrial sectors include the textile industry, glass working and heavy industry, in the Jablonec area it is jewelry-making, but all these traditional crafts are now slowly dying out. Much like elsewhere at the borderlands, the Liberec area has also been greatly affected by the post-war expulsion of Germans, with 58 000 people of German descent having been expulsed from Liberec alone.

The region’s ecological situation is one of the best in the country. The emission of pollutants has gradually been decreasing since 2000, but the methods of local household heating and transportation emissions remain a problem. Liberec also has one of four industrial incinerators operating in the Czech Republic. The worst ecological conditions have been found in the Ralsko military training area and the Uranium mining area in Stráž pod Ralskem, as well as certain contaminated areas around Jablonec and Liberec. Currently, the controversial mining operations in the Polish Turów brown-coal mine are being discussed, and the operations have negative impact on the area, for example the resulting lack of ground water, excessive noise, dust particles, and soil displacement. Another problem is the presence of the bark beetle. Furthermore, winter tourism is damaging to the mountain areas, and this year the Krkonoše National Park has experienced unprecedented tourist activity (due to the Covid-19 measures). Unfortunately, the steady influx of tourists and their lack of restraint has led to permanent damage to precious alpine meadows.

A third of the farmed land in the Liberec region is being tended in sustainable fashion. These mostly consist of grass turf used for animal grazing, meadow and pasture. Such sensitive farming methods benefit the ecological stability of the Krkonoše National Park, as well as other natural reserves. Ecological methods of fruit growing and farming have also developed in the region.

The education index is low in the borderlands and in the Frýdlant and Tanvald regions. Liberec has the Technical University, as well as the Faculty of Art and Architecture. Cultural activity is most intense in the areas of Liberec, Jablonec, Trutnov, and Český Brod. In comparison to other regions, there is much cultural activity, the main cultural centers being Liberec and the neighboring Jablonec nad Nisou. Liberec also features a number of theaters, as well as the Regional Gallery in Liberec, Prostor 228, Galerie 50°47’55.9”N 14°57’22. 6” E, Studna gallery, or the Malá Výstavní Síň. In Jablonec, there is the city gallery MY, PLAC, Galerie N, Galerie Kaplička, Jablonecký Kinofest, and the Filmový Klub Jabonec. A group of locals are attempting to save the old Zauhlovačka coal and water tower in Vratislavice nad Nisou. The Wohlmannův Statek is getting to be very active in and around Václavice, and the contributory organization Kultura Česká Lípa operates in the city of Česká Lípa.