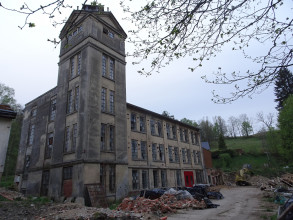 Ivan Mečl is an artist, critic and organizer. In the 1990s, he founded the Divus publishing house which published the Umělec magazine, as well as a number of books. 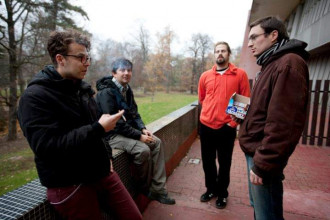 The activities of the Chomutov-based association Kuprospěchu are directed towards cultural and social regeneration of the Ústí nad Labem region. 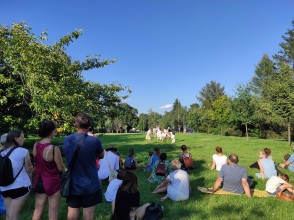 The Obnaženi association brings together professional artists and cultural activists who have a personal relationship to Chomutov. Since 2003, the members of Obnaženi have been bringing experience gained from art schools and participating in art projects around the world back to Chomutov. 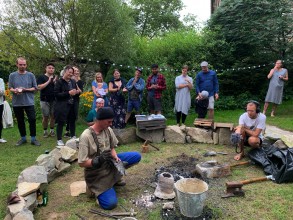 The Löblhof & Artgrund art studio is based in Staňkovice in Litoměřice county, and provides space for short-term residencies, symposia, workshops, and has recently also started operating the Masthall exhibition hall. 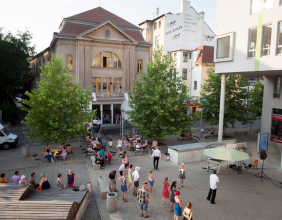 The Veřejný sál Hraničář is an association which has been operating the space of the same name since 2014 in the former cinema of Ústí nad Labem. 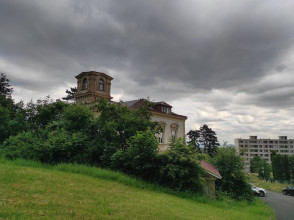 Libuše is an ecological cultural center in Janov, operating under the auspices of the MY Litvínov Society. It aims to support the sustainable development of the city of Litvínov. 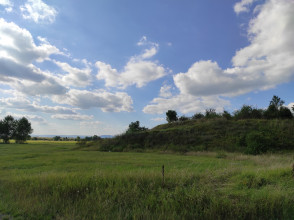 Recultivation in the Ústí-nad-Labem Region

The Ústí nad Labem Region, located in the north-west of Bohemia, is one of the structurally affected regions, together with Karlovy Vary in southwest Bohemia and Moravia-Silesia in northern Moravia. After the social and economic transformation, they are experiencing low economic growth rates and lag significantly behind other regions of the Czech Republic in most socio-economic parameters. 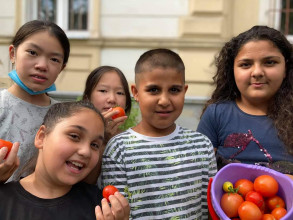 Social Situation in the Ústí-nad-Labem Region in 2021

The Ústí nad Labem Region, or rather its industrial areas, has long been one of the most neglected regions in the Czech Republic. It shares last place with the Moravian-Silesian Region in the standard of living ranking. 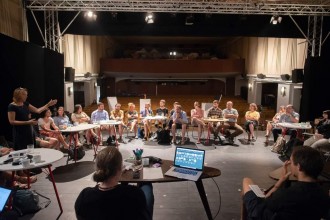 Another Wave of Creativity Hits the Ústí-nad-Labem Region

The regenerative potential of culture and the cultural and creative industries has been talked about quite a lot in the Czech Republic in recent years.

Into the Depths of the Lignite Clouds

In September 2015, the expedition “Into the Depths of Lignite Clouds” took place in the Most Basin. The theme was to mark the changes in the industrial landscape, the loss of historical contexts, the overturning of geological layers and social structures, and the current discussion about expanding the territorial limits of mining, which would lead to further transformations of the whole area. The expedition was part of the project Frontiers of Solitude (2015-2016), which explored issues of the transformation of the landscape and the interconnectedness of post-industrial society and nature. The themes were elaborated in the form of an artistic exploration of the cultural geography and morphology of three specific regions of Central and Northern Europe. The project included, among others, workshops taking place in the Czech Republic, Norway and Iceland, and an exhibition and symposium in Prague and Ústní nad Labem in 2016.

The project was conceived and initiated by Školská 28 Gallery (DEAI/Setkání) in collaboration with Atelier Nord (NO) and Skaftfell Centre for Visual Arts (IS). It was supported by a grant from Iceland, Liechtenstein and Norway under the Programme CZ06 Cultural Heritage and Contemporary Art within the EEA funds 2009-2014 and the Agosto Foundation.

The northern Bohemian landscape is very specific. The region’s overall character has largely been shaped by many important historical events, some of which still resonate in the region today. Most of the population used to consist of Czech Germans and shortly before World War II, the region was usurped from Czechoslovakia and annexed to Germany. After the war, the German population was expelled, much like from other Sudeten areas, while thousands of families of Czech, Slovak, Roma, and other descent were relocated here. These diverse social groups tried (often in vain) to find their own approach to the land and its traditions in the years following the war. Another important feature is the region’s systemic environmental destruction, mostly on account of the mining industry. The entire medieval town of Most and dozens of smaller villages had to make way for coal mining. The ever-present transformations among the population and the landscape significantly impacted the socio-cultural nature of northern Bohemia. The entire region is full of contrasts, and the legacy of the original Christian inhabitants – the monasteries and pilgrimage sites – overlap with the industrial legacy of the coal and chemical industries amid the recently constructed towns and suburbs. The Erzgebirge mountains, until recently left damaged by acid rain, make way for the cratered landscape of open-pit mines and the distant Central Bohemian highlands towards the south. Although the Ústí nad Labem region having a reputation for being a severely damaged environment, there are also vast and precious natural reservations (e.g. the Czech Switzerland national park which has been aspiring for UNESCO status, the Labské pískovce, or the Central Bohemian Highlands with the Lužické mountains and Kokořínsko). There are also socially marginalized locales and towns with some of the highest unemployment rates in the country. The education index is relatively low, mostly in the Sudeten borderlands, but it remains low all over in comparison to other regions.

Litoměřice has a problematic nuclear waste disposal site, and the region still suffers from the effects of brown coal mining and its affiliated industry. But the situation has been changing and the following years will see a fundamental shift from mining towards fossil fuel processing. How the region will accommodate such a shift remains and open question, as do the strategies which will be taken to revitalize the excavated landscape. It will also be seen how the region will address its social problems, as well as education, industry transformation and the development and implementation of new ecological technologies.

The intensity of cultural activity is the highest in Ústí nad Labem and in the counties of Děčín, Litoměřice and Kadaň. Ústí nad Labem is the main cultural center and the most populous city. Along with the neighboring Karlovy Vary region, this region is considered one of the structurally challenged regions eligible to government subsidy programs for supporting the development of the creative and cultural industries. The newly created platform Kreativní Ústecký kraj includes reflections and ideas presented in the form of news flashes: “Creatives join forces to change the Ústí nad Labem region.” This platform attempts to work against the region’s cliché media image and rather tries to practically work at improving the living standard by means of cultural initiatives. One of the initiative’s key organizers is the Ústí-based society Veřejný sál Hraničář. It has become a successful multifunctional center whose program addresses a wide range of the region’s key topics and explores the paths towards transformation. It is very focused on networking activities and maps affiliated projects throughout the region. Its impact also greatly transcends the regional borders. Their interdisciplinary exhibition program is accompanied by discussions, lectures, workshops, excursions and so on. The project however remains critical and is not afraid to work with difficult and pressing themes, also engaging the wider community, both in the region and along the German borderlands.

Another important cultural entity is the University of J.E. Purkyně, or the Galerie Emila Filly which has been active since 1992 and has until recently worked out of the generous former industrial spaces of Předlice’s factory. We must also mention the festivals which have been active in Ústí: the Kult drama festival, the Elbe Dock documentary festival, and many others. The Collegium Bohemicum educational and cultural research institution was recently founded to study the history of Czech-German relations.

The Aver Roma association has been active in the city of Most for a long time. Its goal is to activate the socially and locally isolated community of a peripheral suburb of Most, and to operate the independent Bunkr exhibition space. Chomutov is the home of the Ku prospěchu association which offers cultural, artistic and sports programs focused on community building. Děčín is the home of the community around the Ukradená Gallery, and the alternative gallery Cifra can be visited near Doubice. The Ostrov cinema has been screening films since the 1990s, and also hosts the Litoměřice Film festival. Königsmühle was a former village on the Czech-German border which comes alive every year thanks to its land-art festival. Kyjov near Krásná Lípa near the triple border between Czechia, Germany and Poland is the home of Nová Perla – a space for art, research and craft – and Roudnice nad Labem is the home of the regional gallery. Among the important ecological organizations is the OS Severočeský OCELOT in Blatno, ČSOP Tilia in Krásná Lípa, ČSOP Děčín, ČSOP Hasina v Lounech, ČSOP Ophidia and the Středisko ekologické výchovy SEVER in Litoměřice, Občanské sdružení pod Studencem and others.