The Agosto Foundation is pleased to announce a new publication comprising the interviews from the research project Cartography of (Eco)Systems : RurArtMap and Perpedian Map: Black Edition, and presenting 39 cultural and artistic initiatives from the Czech Republic. In various places where these projects have long been active, several notable themes have emerged, especially concerning the ecological and social aspects of these areas. The interviews were conducted in 2021, and provide a contemporary overview of the early cultural landscape of the Coronacene era.

The whole is introduced by a brief look by Ondřej Navrátil (author of Green Islands: Czech Art in the Age of Environmentalism 1960-2000) at the development of environmental discourse in art in Bohemia, and complemented by texts by cultural anthropologist Přemysl Mácha and biologist Jiří Sádlo. An interview with curator, producer and writer Eivind Slettemeås, who settled with his family in the Norwegian countryside a few years ago to develop the creative platform Harpefoss Hotell Kunstarena, provides an outsider's perspective of a life in art outside the centres.

The Black Edition map, with and index and contact information, visualizes the locations of the initiatives in the country, with graphic overlays of the rate of arable land loss from 2005-2019 and air pollution from 2016-20, which is related to the project's focus on ecology and the search for the connections between art, culture, science and civic cultural communities in rural and peripheral areas. The extensive website blackedition.cz is also devoted to these issues.

The interviews were conducted by: 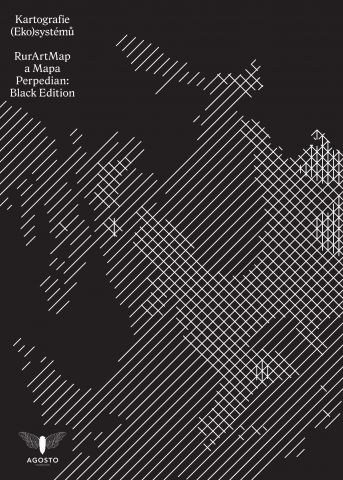 Published by the Agosto Foundation with graphic design by Onkubator Studio in an edition of 2700 copies at Protisk Printing House, s.r.o.

The publication is published within the project Cartography of the (Eco)System I RurArtMap and Map Perpedian: Black Edition

The project is supported by a grant from Iceland, Liechtenstein and Norway under the EEA Funds.