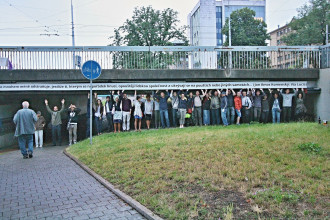 The association Za Krásnou Ostravu was formed in 2013 and is currently one of the local groups that cares for the city’s public spaces. 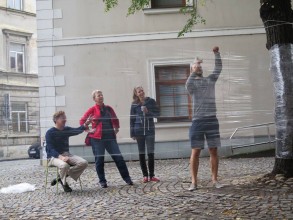 The Za Opavu association was founded in 2007 in the pursuit of local beautification as a reaction to the unsatisfactory choices of certain municipal tenders, largely stemming from the community’s need to become engaged in the socio-politics of the city. 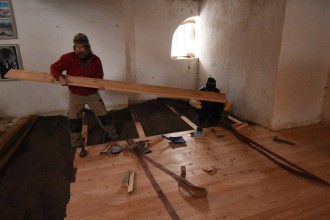 Pelhřimovy is a village on the border of Poland and Czechia. It is just as far to Prudnik or Glubczyce as it is to Krnov, but the towns are inhabited neither by Czechs nor Poles. 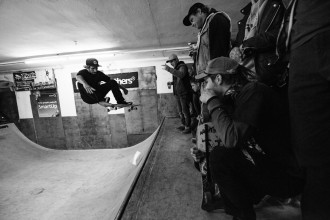 Skateclub Vrbno is an informal and volunteer association. After participating in the local skateboard and music scenes, in 2017 its founders Zdeněk Rybár and Jakub Rektořík rented out the spaces …

Bludný kámen is a collective which has been actively shaping Opava’s cultural space since 1995, organizing exhibitions, lectures, public discussion, and experimental music concerts. 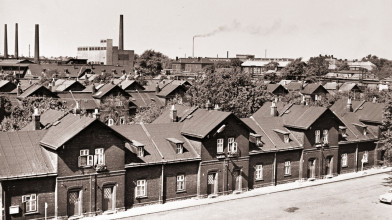 The Past That Didn’t Survive

Workers' colonies. Who doesn't know them? We can find them all over the Czech lands. But also beyond the Czech borders. In neighbouring countries, on the European continent, in Africa, North and South America, Asia and Australia. ...

The Importance of Green Infrastructure in the City

Human cultures are shaped by local ecosystems, and humans are intensively altering the environment, resulting in a dramatic decline in natural and cultural capital. Socio-ecological systems are increasingly vulnerable due to disruption of food resources, natural and cultural traditions. 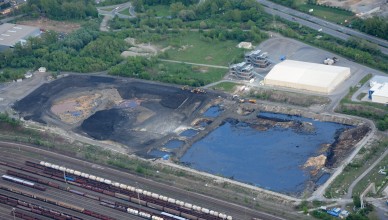 The Ostrava lagoons are referred to as the area of three large lagoons near the Fifejdy housing estate in Ostrava, where waste from refinery production and later also from the regeneration of used lubricating oils was deposited, beginning at the end of the 19th century.

in the regions of Moravia-Silesia and Olomouc

Natural resources have been used for healing around the world for centuries. The Moravian-Silesian and Olomouc regions are among the regions with an above-average number of spa resorts in the Czech Republic. A total of 8 localities have the status of spas.

In 2021, the Olza Pro association was founded in Český Těšín, whose aim is, among other things, to preserve Polish culture in Moravia and Silesia. It maintains a memorial site in Havířov-Životice, commemorating the extermination of Životice by the Gestapo, which is under threat of removal by a proposed highway bypass. The context leading up to the Životice massacre is described in the book Životice: a picture of a (un)forgotten tragedy by Karin Lednická. The author has long focused on the fate of the local inhabitants and has been awarded the ÚSTR Prize for Freedom, Democracy and Human Rights for her writings on modern events.

The project dedicated to minor monuments in the landscape, which recall the crafts, technical knowledge and skills of our ancestors.

The Moravian-Silesian region is in the north-east of Czechia, and mostly overlaps with the area of Czech Silesia. It borders Poland in the north and the Žilina region of Slovakia in the south-east. The region is often associated with industrial Ostrava, but it also contains a whole spate of precious natural reserves: Beskydy, Jeseníky, or Poodří. There are a further five natural parks and 131 nature reserves. The region has the highest population density after Prague, and is the third most populous. It has historically been variously divided – most of its current area during the reign of Austria-Hungary was part of the Silesian duchy, part was Moravian, and Hlučínsko was part of Prussian Silesia. The region is also interesting for its various dialects. Some of the inhabitants of Těšín speak the local Czech-Polish-German dialect (they call themselves Šlonzáci, Slezani or Gorali, or Prajzáci in the Hlučínsko area). The region occupies a strategic position on the border of three states and in the past used to lay on one of the main roads connecting the North and South of Europe.

The region is very rich in natural resources. Apart from natural gas, it is mostly black coal which largely supports the region’s heavy industry, and which has also had significant negative impact on the natural environment. The industrial areas became important during the era of Austria-Hungary. As a result, the region sadly boasts the most damaged landscape in all of Czechia, although the situation has been improving as of late. There is further drive to make industry more ecological, various revitalizations have been planned, and foliage plants have been planted for better insulation. But the gradual phasing out of mining and heavy industries has also led to increased unemployment. The forests have suffered due to the bark beetle, where the situation is currently worst in the area around Nízký Jeseník (Bruntál region), and the Beskydy and Jablunkov areas. The wide-ranging revitalization of the natural environment will continue into the future.

The education index is the lowest in Karviná and the regions around Vítkov, Oder, Rýmařov, but also Bruntál and Krnov. Ostrava is home to the Technical University of Ostrava and the Ostrava University (which also has an Art Faculty). Opava has the Silesian University with its Institute of Creative Photography. The intensity of cultural activities is highest in the regions of Ostrava, Opava, Třinec, Těšín, Karviná, Frýdek-Místek and Nový Jičín. It is lowest in the areas of Frýdlant, Oder and Vítkov. Ostrava and Opava are the most active cultural centers.

Ostrava is very culturally active. Among its most eminent regionally-funded cultural institutions are the Gallery of Fine Arts in Ostrava, the Dům Kultury Města Ostravy, Galerie Jáma, Galerie Kaluž, Industrial Gallery, Kabinet Architektury, Sokolská gallery, the Poruba cultural center, the Ostrava Museum, Stará Aréna, Galerie Lauby, Antikvariát a klub Fiducia, Landek Park, and Pant. There is the annual Kamera Oko film festival, and the Ostravské dny biannual festival of new music. Ostrava also offers stunning industrial architecture which often makes for unique cultural spaces, such as the Dolní Vítkovice complex which has until recently been home to the Galerie Plato or the Dům Michal. Ostrava also organizes regular exhibitions of sculptures and artistic interventions in public space called the festival Kukačka. There are a few theaters in Ostrava, and a number of regular festivals dedicated to theater and dance. The Galerie Plato is currently a guest in the former Bauhaus hobby market in the center of Ostrava, but in a few years it will definitively move into the renovated historical city slaughterhouse, dating back to the 19th century.