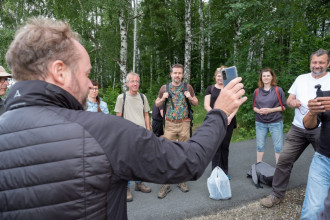 Although Zdeňka Morávková moved to the Rychleby Mountains only in 2010, her work in the region has left an indelible mark. 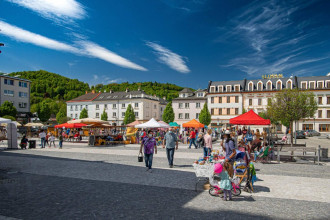 The Sudetikus Society was founded in Jeseník by Martina Seidlerová as a follow-up to her civic, social and cultural activities, which she began organizing after her return to her hometown. The first events were focused on sharing and selling local food, such as the community Restaurant Day and the regular farmers' markets. 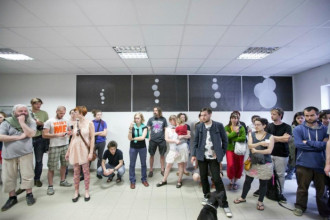 Fotofestival Uničov, renamed UFF in 2021, was founded by locals in 2011. It presents contemporary art, especially current forms of photography. 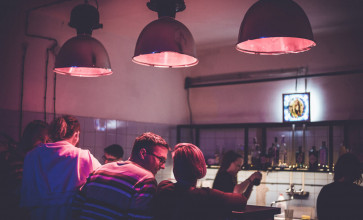 Karnola in Hranice is a former textile factory that Jan and Marka Vařeka began renting after returning from Prague to live in their hometown of Janov. 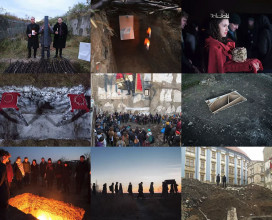 The Hrob Exhibition Hall was launched in 2015 by Olomouc curators Pavel Šuráň and Radim Scholaster. The exhibitions, which were rather happenings with an opening, were above all a strong connecting moment for the Olomouc cultural scene.

On the lookout towers, people and inspirations of Jeseník with Markéta Pilátová

in the regions of Moravia-Silesia and Olomouc

Natural resources have been used for healing around the world for centuries. The Moravian-Silesian and Olomouc regions are among the regions with an above-average number of spa resorts in the Czech Republic. A total of 8 localities have the status of spas.

The region lies in north-west Moravia and the west of Czech Silesia, bordering Poland to the north. Its main cultural center is Olomouc. Other counties include Přerov, Prostějov, Šumperk and Jeseník. The region is very geographically diverse and includes the Hrubý Jeseník mountain range. The border between Moravia and Silesia runs through the Jeseníky mountains, while the west and south-west consist of the Czech-Bohemian Highlands, the Oder hills in the east, the southwest containing part of the Haná lowlands. There is dense rail coverage, and there has been a steady increase in highway construction. The region is largely agricultural, with alternating lowlands and highlands. Almost half of the entire region consists of Sudeten and Silesian borderlands. The expulsion of the German-speaking population during World War II remains an important topic for the inhabitants.

Olomouc is the seat of the Univerzita Palackého, and also offers a number of vocational school programs. The region operates seven cultural organizations – The Comenius Museum, Muzeum a Galerie v Prostějově, the Ethnographic Museum Jesenicka, the History Museum in Olomouc, the History Museum in Šumperk, the Archeologické Centrum Olomouc, and the patron of the Olomouc Museum of Art, the most eminent art institution in the region, is the Ministry of Culture of the Czech Republic. Apart from the Museum of Modern Art, there is the Archdiocesan Museum Olomouc, and the Archdiocesan Museum in Kroměříž, which is also listed as a UNESCO landmark. Kroměříž is home to the Národní Centrum Zahradní Kultury, as well as the annual PAF - festival filmové animace a současného umění and the Hrob nomadic gallery.

The Galerie Jiřího Jílka, founded by Anežka and Miroslav Kovala has been active in Šumperk, while the Sudetikus non-profit organization has been active in Jeseník, organizing the Jesnění festival. Jeseník is also the setting of the V Centrum / Im Zemtrum Czech-German festival. In Uničov, there is the Fotofestival Uničov, recently renamed to UFF, which primarily focuses on photography. The Tančírna Račí Údolí in the Rychlebské mountains is also a notable space, offering a café, concerts, workshops, and dance nights. The Dům přírody Litovelského Pomoraví in Sluňákov focuses on ecological education and organizes various art works in public space. The Galerie Jeptiška on the Svatý Kopeček near Olomouc and the Kaplička in Zálesí u Javorníka are smaller cultural centers in themselves, as is the newly-founded [ca gallery which focuses on bringing contemporary art to their industrial space in Šumperk.

Spa services have a long tradition in the region (e.g. Lázně Jeseník, founded by Vinzenz Priessnitz, or the spa in Velké Losiny), and there are a number of healing springs. Velké Losiny are home to the Ruční Papírna. The controversial construction of many look-out towers has been a hot topic recently, like the Dalimilova tower on Větrov hill (whose construction became the theme for Markéta Pilátová’s novel Senzibil), or the tower built on the Polish side of the Kralický Sněžník whose construction went ahead despite vehement protest from ecologists who feared the impact increased tourism would have on the local landscape. The Stezka v oblacích tower in Dolní Morava has also been a tourist hot spot. Among the groups who focus on the protection of the mountains are the Společnost Přátel Jeseníků.