The botanical garden was developed between 1918–1935 at the initiative of Jindřich Beaufort-Spontin and the gardener Johann Kodýtko. 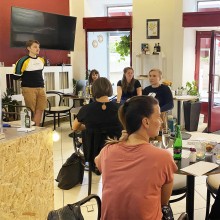 KultiVary is a group of young people who have decided to develop the region of Karlovy Vary. 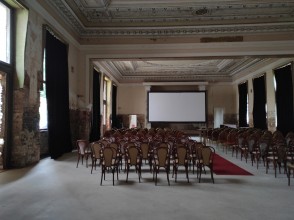 Since its foundation, Marienbad Film Festival has been closely connected to the city of Mariánské Lázně. 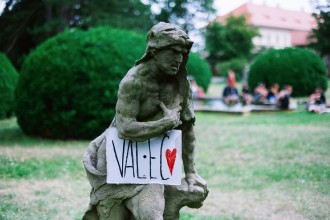 The Povaleč Festival was organized by a group of friends in 2006 with the aim of introducing and connecting young artists and new art with the architectural and historical heritage of the baroque village of Valeč. 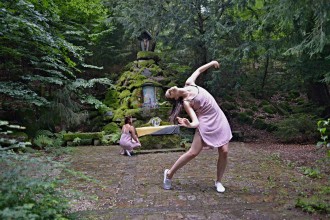 Since its foundation in 2015, Vzbuďme Vary has been organizing events which attempt to work with the audience in original ways, offering experimental genres and attempting to spark some art activism in the region of Karlovy Vary.

Ohře, a River that Brings Hope

Although the riverbed below Cheb has been stabilised in the past in many places by stone embankments and the like, there are still beautiful areas.

Natural mineral resources, which include mineral waters, are the treasures of this country. They heal, cure and alleviate various ailments. Over and around their springs, places began to emerge that used these resources for healing — spas and therapeutic facilities. The spa is undeniably a remarkable cultural and social phenomenon of its kind, which has been part of world civilization for more than two and a half thousand years.

The innovative project Místa zblízka of the Ministry of Labour and Social Affairs is financed by the European Social Funds, the Employment operational programme and the state budget of the Czech Republic.

The region is the least populous in all of Czechia and 43 % of its surface is covered in forests. Its patterns of population and settlement are a direct product of changes made after the war. The expulsion of the German residents and subsequent settlement led to many villages in the peripheries becoming abandoned. The education index is the lowest in the peripheral areas, as well as in Sokolov county. The region’s historical industrial character has long been losing significance, including the glass, porcelain, textile and construction industries. Currently, we see a slow revitalization happening in certain fields.

A very current problem for the region is the so-called “second exodus”: young people lack the opportunity for quality education at vocational schools or universities and have generally been departing from smaller villages towards the cities. People living on the border often drive to work in Germany and have little interest in cultural events in their home area. Worst off is the county of Sokolov, the westernmost county neighboring Bavaria and Saxony. This placement has significantly defined its character and the region’s position among the wider European territory.

The cultural centers are Karlovy Vary, Františkovy Lázně and Mariánské Lázně, although they struggle to keep consistent events and institutions. The most populous county is Karlovy Vary, which is also the largest cultural and tourist center – it hosts the KV International Film Festival, as well as a city gallery and the regional state-sponsored Galerie umění Karlovy Vary – but the Covid-19 pandemic has negatively impacted the number of visitors. The cities were always seasonally attractive for tourists, and have also been suffering an exodus of young people. Cultural activity is naturally higher in spa towns and the lowest in the borderlands of Aš and Kraslice. It is also low in Sokolov county.

Karlovy Vary, Mariánské Lázně and Františkovy Lázně have recently become part of the UNESCO heritage, and new communities have been springing up, such as KultiVary or Vzbuďme Vary. Many festivals have also been taking place, like the Marienbad Film festival which has been active since 2016 and has been central in bringing contemporary experimental art into the public sphere. It mostly works through the investment and energy of the local community. The Oživme Prameny event takes place nearby, aiming to renovate the local mineral springs and make the entire surroundings of the spa park accessible to the public. Cheb is the seat of the state-financed Galerie výtvarného umění v Chebu which has consistently maintained a high level of quality. Valeč is another cultural center, hosting exhibitions of contemporary art and a diverse program at the local chateau organized by the local community, who also runs the the Povaleč festival and summer exhibitions at the chateau’s summerhouse. The Bečov botanical garden is also a unique achievement, located in the town of Bečov nad Teplou – they maintain a full program which is often more proactive than state-sponsored eco-centers.

The region’s air quality is better than average when compared to the rest of Czechia, yet the brown-coal energy plants remain a problem and the sulfur dioxide emissions are second highest after the Ústí nad Labem region. Jáchymov serves as a nuclear waste storage, and the region also struggles with a number of local ecological problems, despite the fact that mining activities have been steadily decreasing.

The Místa zblízka government project is very active in mapping the situation and needs of the Karlovy Vary region. Its goals stipulate that “Those peripheral areas of the Czech Republic with a high degree of unemployment, dependency on large centers and the outflow of young people towards the cities are struggling to become independent, sustainable and developing communities. As part of the project, the local actors will learn to use the resources of the place where they live and work, and will play an active part in creating and using new opportunities for further development and education with the direct effect of lowering local unemployment. The objective is to change the approaches, strategy and competencies.” The project is thus focused on raising employment opportunities, but also aims to improve cultural conditions, competencies and opportunities of support.