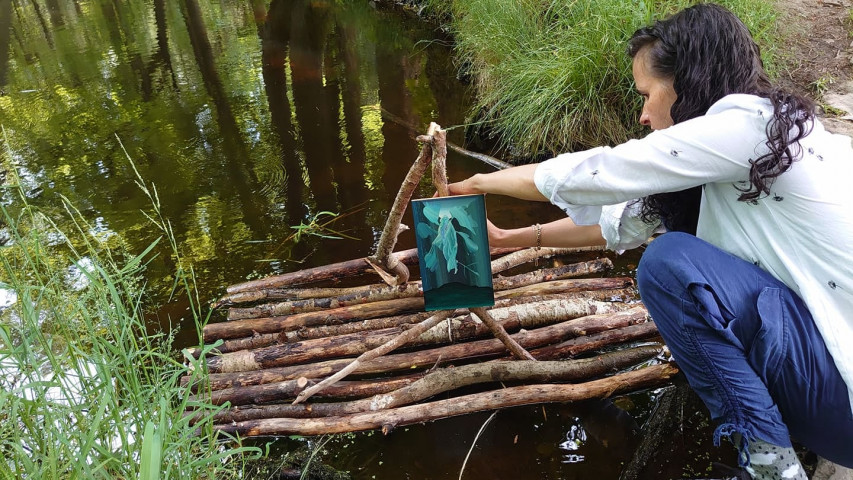 The Bolfánek lookout tower stands on Žďár hill, about 1½ km from the Chudenice township in the county of Klatovy. The tower provides a beautiful view over the wider surroundings, such as the Gabreta hills, the Böhmenwald, and the city of Pilsen. According to legend, in 973 AD, Wolfgang, the bishop of Regensburg, stopped there on his travels. “He stood on a large stone, blessing the local landscape and the people, and after he left a footprint and a groove in the rock where he rested his bishop’s staff. The stone is now kept in the chapel of St. Wolfgang,” says Karel Jungvirth, the head of the civic association Otisk. That is where the name Bolfánek comes from, being a Czech version of the German name Wolfgang. The Otisk civic association realizes its projects in the area of the Běleč and Chudenicko microregion, and is most active in the so-called forest complex of Zďár nad Chudenicemi. The association operates the famous lookout tower Bolfánek, and takes care of the neighboring Šlépějová chapel, and has renovated the historical buildings around Bolfánek, such as the stone walls and access staircase to the former St. Wolfgang church. In September 2012, the renovation of a former hermitage was completed, and later a forester’s hut just under the Bolfánek tower. The association also cares for the Arboretum American Garden natural landmark, mowing the grass and clearing fallen leaves.