Summary: The territory of the Bohemian-Moravian Highlands largely consists of hills, uplands and forests. It is a region on the border between Bohemia and Moravia, between Prague and Brno, which has historically been fragmented into different administrative areas.

Beginning in the 1940s, the visionary architect and urban planner Ladislav Žák (1900-1973) visited the Iron Mountains to seek inspiration for his concept of a residential landscape. He stayed, along with others, in Vápenné Podol or in “Slavíček” Kamenice. His extensive work Residential Landscape (1947) is a summary of his ideas on the relationship to the landscape and the environment.

Over time, the Highlands gained a reputation as a region of peculiar solitude creating a sense of seclusion, outside the artistic trends of the time and also outside the attention of the professional public; at the same time, often with a deep relationship to the landscape. Artists discovered it as a place for plein-air work in the second half of the 19th century, when Czech landscape painting was developing.

According to cultural geographers, a region is not only defined by its size in geographical space, but also in cultural or symbolic space. This symbolic dimension is largely shaped by literary and artistic works, but also by authors of local histories and travelogues and publishers of regional literature. 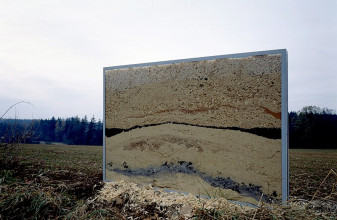 Lenka Dolanová studied art history at the Faculty of Arts of Charles University in Prague and she holds Ph.D. at Prague Film and TV School. She is author of "Dialogue with the demons of the tools: Steina and Woody Vasulkas" (NAMU and JSAF, 2011), editor of various catalogues, e.g. "Hay, Straw, Cress" (OGV, 2015) or "X: Čestmír Kafka" (OGV, 2016), or book of interviews with artists "Tam u šraňků bude přístaviště" (OGV, 2019). She specialises in the connections of art, new media, ecology and agriculture, especially in remote and countryside locations. A founding member of the KRA - Kravín Rural Arts NGO, which organises artistic residency center in Iron Mountains, Vysočina region. She also co-initiated the RurArtMap of countryside and remote activities. She worked as curator in Vysočina Regional Gallery in Jihlava (2013 - 2020), where she established sound gallery IGLOO. From April 2020 she works as curator at East Bohemian Gallery in Pardubice.