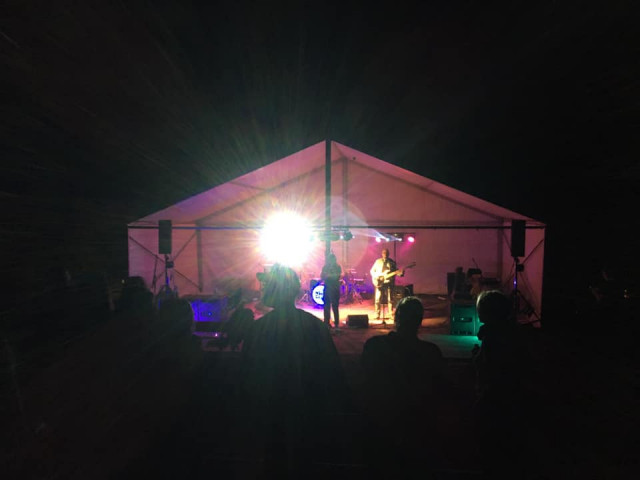 Since 2012, Bystřice pod Hostýnem has been home of the Okrašlovací a Zábavní Spolek — an association focused on the beautification of the locale and the entertainment of the locals. This cultural, civic and activist group draws attention to local social topics. They have founded the public-space gallery Výloha; organized a number of events which led to the modernization, but also conservation, of the local cinema; organized various lectures, as well as the local Dny Architektury even; and in 2017, they founded a municipally-run summer cinema. The association also started a community-oriented fundraising project called Kultura za Pade, which connects about forty voluntary donors from the region and Czechia which currently finances part of Kulturák’s cultural activities.

The Kulturák association was created in 2019 with the goal of organizing cultural events in and around Bystřice pod Hostýnem. It has taken over most of the cultural activities after the Okrašlovací Spolek moved its headquarters to the nearby town of Chvalčov. Kulturák aims to bring culture for a discerning audience to the region, foster new local traditions and also restart the activity of the Chvalčov cultural house. The association’s activities consists of regular film screenings in the summer theater on the meadow just behind town. Every year from the end of June until early September they organize over ten screenings, concerts, a festival of local bands, as well as accompanying events. Apart from the summer theater, the association also organizes the annual Sušil Happening, which honors the legacy of František Sušil with a community hike up Hostýn Hill, as well as live folk music featuring Sušil’s songs. Regular events over the course of the year then take place about every month. These mostly feature author’s readings, lectures and debates in the local pub or the local First Republic-era villa. The screenings are regularly attended by 100–150 people from Chvalčov, Bystřice and surroundings, and new people join their ranks throughout the year. The project Kultura za Pade allows the association to involve locals, while also enjoining them to propose and organize new events for themselves.